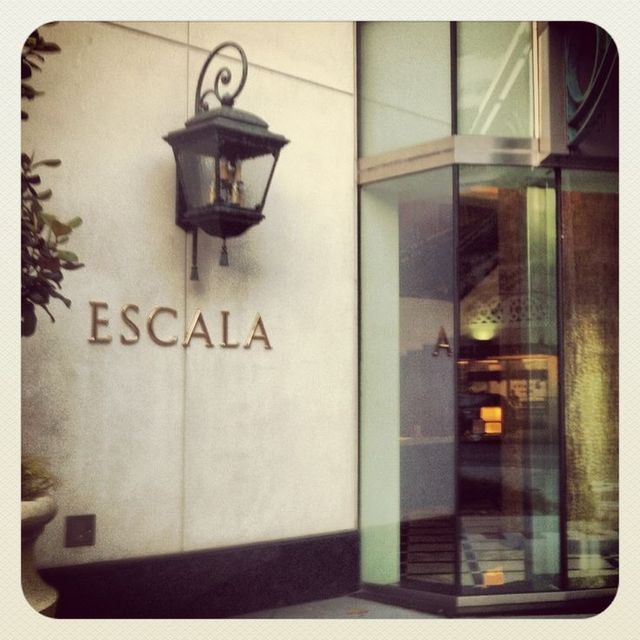 It’s been awhile since I’ve made it back to Seattle, and I’ve only ever been to Christian’s apartment twice anyway, so when I pull into the parking garage below his building and try to input the code to the gate, it takes me three tries to get it right. I give an overly confident look to the security guard, trying to play it cool and look like I belong here, as I pull up the long ramp towards the back of the garage where Christian’s parking spots are. When I see all three of his cars parked in their assigned places, I actually exhale with relief. He hasn’t answered any of my phone calls this morning, so I hadn’t been entirely sure he’d be here.

Once Kate and I are out of the car, she wraps her hand around mine and we make our way to the elevator. The doors slide open and I hold my hand against them to let Kate pass first, then step in after her, and reach down to press the round PH button.

“Please enter your passcode,” the electronic voice reminds me.

“‘88,” she adds and once I’ve inputted the final two numbers, the elevator hums to life and we’re whisked into the air.

“You sure this is a good idea?” Kate asks nervously, as she watches the numbers over the elevator door creep higher.

“Of course I’m sure,” I tell her. “He’s my brother, my little brother, and if he says he doesn’t want to come then I’m just going to have to big brother him up a bit.”

She snorts when I throw a couple of jabs into the air, trying to hold back a laugh as she turns to smirk at me. I flash her a broad, toothy grin before leaning down and pressing my lips into hers. After three years, I can’t believe how much I still love her.

When the elevator doors open and we’re released into Christian’s apartment, we find Taylor standing there waiting for us.

“I’m sorry, Mr. Grey is working this afternoon,” he replies. I raise an eyebrow at him, wondering if he really thinks that is enough to deter me, and then let out a small laugh.

“Great. Sounds like he could use a break,” I tell him, gesturing with my head towards the arch behind him that leads into the apartment. He stares at me for a minute, hesitating, but eventually, he nods in agreement.

“Well, this is creepy,” Kate says, looking around at the empty room, and unfortunately I have to agree. Christian’s apartment is so bare and unwelcoming, it’s almost oppressive. Like we’re in a museum or something, in a restricted area where we don’t belong. I don’t know how Christian stands it…

“Mr. Grey,” Taylor says, coming around the corner. “I’m sorry, but Mr. Grey is busy now, perhaps you can…”

“Great!” I say, clapping my hands together cheerfully, and crossing the room towards him. “It’s so sweet of him to make room for his brother in his very, very busy schedule.” I clap Taylor on the shoulder and then turn back to Kate. She smiles at me and waves me forward.

“Don’t worry,” she says. “I can keep myself occupied.”

I nod and head down the hallway towards Christian’s office, one of the only rooms in the entire apartment that is furnished, albeit sparsely. Not bothering to knock, I open the door and as I turn to close it behind me, Christian’s head shoots up and he scowls at me.

“I told Taylor I didn’t have time for this,” he says, and I give him a puzzled look in return.

“Really? Weird, that’s not what he said to me. He told me you were just finishing up and couldn’t wait to hang out with your favorite, although much better looking older brother.” I plop down into one of the chairs across from him and he exhales sharply.

“Oh no, please,” I say, waving my hand at him dismissively. “Don’t mention it. I’m happy to come and visit you, Christian. You’re my brother. I wish I could do it more often.”

“I want you to come to lunch with me and Mom,” I tell him, and when he takes a breath to speak, I cut him off before he can say no. “Look, man. It’s her birthday. She had a really shitty night and I know that it would make her feel better if you would just… have a lunch with her. It’s really not that much to ask. She misses you, Christian. Like, really misses you.”

He swallows. “It’s not a good idea, Elliot.”

“Sure it is. I came up with it, so it’s practically genius,” I tell him, and he scowls.

“I have a lot of work to do. Believe me, you’ll have more fun without me.”

“That’s what I said,” I say, nodding in agreement. “But the woman has her heart set on spending some time with you, and you know how difficult it is when these females make up their minds… so let’s go!” I jump out of my seat, but he just raises an eyebrow at me, so I let out a long, exasperated groan and lower myself back into my seat.

Over the next twenty minutes, I do everything I can to convince him to get out of his apartment for just a few hours, but it’s useless. I’d had a brief glimmer of hope when he suggested he might come if Mia came too, but when I tried to get a hold of my little sister to invite her, she ignored my phone call three separate times.

“Kate’s going,” I tell him, as if my girlfriend’s presence makes up for the absence of his sister. “She’s a lot of fun, and… she likes talking about Ana. You two could gossip.”

He presses his lips together and looks down at the desk as if he’s struggling with something, but eventually, he takes a deep breath and turns back to his computer.

“I have work to do, Elliot,” he says, clearly trying to dismiss me, but I ignore him and instead sit forward, leaning on my knees, and look very purposefully at him.

“Why didn’t you come to dinner last night, Christian?” I ask him.

“Dad, made it very clear I was not welcome,” he replies bluntly, not looking up from whatever he’s doing on his computer. I reach forward and tip the screen of his macbook closed so he doesn’t have anything to distract his attention, and he looks angrily up at me, but I press on, undeterred.

“Of course not,” he says. “Believe it or not, Elliot, I’m not beholden to Elena Lincoln anymore. She doesn’t make my decisions for me.”

“Then what the fuck happened? I asked you straight out last week if you were coming to dinner and you said yes. You made me a promise and then you didn’t follow through, so I think I deserve to know what changed.”

“Dad says a lot of stupid shit, but that’s never stopped you before. He can be an asshole when he’s mad, we all know that, and that’s exactly what this is Christian. He’s mad at you. That doesn’t mean he doesn’t miss you, or that he doesn’t love you, or that he didn’t want you at dinner last night just as badly as the rest of us did. You know Mia skipped out on dinner because you didn’t come, so the only people that showed up for mom last night were me and Kate. That’s it. She cried, Christian. Mom cried because you weren’t there.”

He frowns and I’m pleased to see that he at least seems troubled by what I’ve told him. It’s the first sign of emotion I’ve seen from him in I don’t even know how long, so I wait, letting the thick silence between us weigh on him until he finally says something.

“Elliot, I’m just… not the most fun to be around these days, alright? If I was there, I wouldn’t have added anything of value to the evening and with everything between Dad and I… I just thought it would be better if I didn’t go.”

“It’s not better, Christian,” I tell him. “None of us think it’s better without you. You’re a part of our family and we miss you,” he hesitates again and I have a brief flash of hope that I’m finally breaking through to him so I take a chance and push him a little harder than I have in the past.

He looks back at me, considering what I’ve said for a moment before he finally relents.

“It comes down to Ana,” he says, and suddenly, this cold, detached, business robot, who looks like my brother but just isn’t the same, disappears, and I see the real pain break through the surface. “I want to talk to Ana. Being away from her is killing me, Elliot. I replay the night she left me over and over again in my mind and it’s feels like I’m being ripped apart. I’m still in love with her and try as I may, I just can’t stop loving her. I don’t want to. I miss her all the time. She’s all I think about and I really believe that if I could just talk to her, I could make this right between us. I just want a phone call. Can you get me that?”

“Christian, Ana is…” I stop, unsure of how to finish that sentence. The truth is, I’ve tried the Anastasia approach countless times but she’s not interested in talking to him. I think he’s right and I think that the two of them could easily work this out because, as much as she tries to hide it, I know Ana is still in love with him. The problem is that I think Ana knows that too and that’s why she won’t talk to him.

“Just get me a phone call,” he pleads with me. “Call her, right now. She’ll pick up for you. Call her and hand me the phone. Please.”

The look of hurt in his eyes as he makes his request cuts me deep, because he’s right. I could call Ana right now, and she’d answer, and I could hand Christian the phone. But the problem is… I can’t do that. If I called her, I don’t know if she’d hang up or if she’d talk to him, but either way, I’d be betraying her trust. She’s been very clear about what she wants and I can’t just ignore that…

“I can’t do that, Christian. If she doesn’t want to talk to you, I’m not going to trick her into it,” I tell him. He throws his head back in exasperation so I try a different approach. “How about this? Come to Cambridge to visit me and you can meet with her face to face. She can’t get mad at either of us for you coming to visit your brother and I can talk to her ahead of time… prepare her for your arrival so she may be more open to actually sitting down and talking to you.”

He immediately opens his laptop and begins clicking on the touch pad. “I’m going to New York next week for the ABA’s. I can fly to Cambridge Friday night.”

“Sounds good,” I tell him and as he begins typing on his keyboard, adding the impromptu flight to Boston to his schedule, I feel an impending sense of trepidation.

How in the hell am I going to pull this off?

My Tweets
Join 1,690 other subscribers